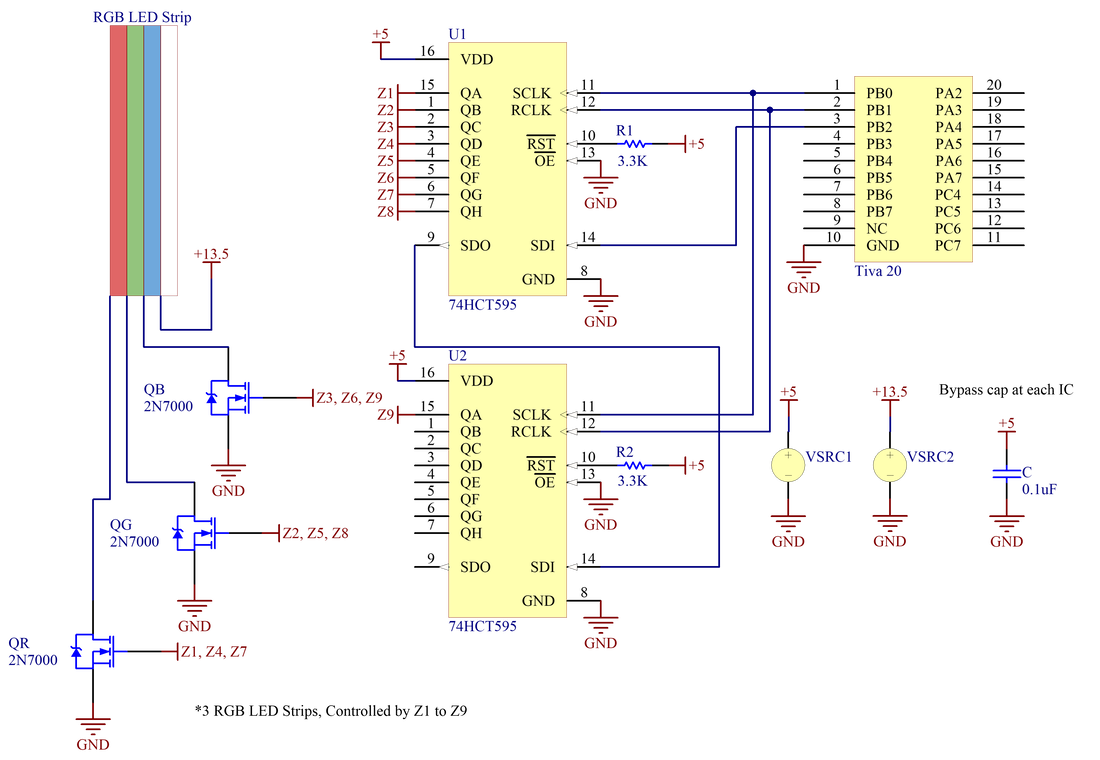 Three individual RGB LED strips (with embedded resistors) indicate where and when "hit" actions are needed from the TATER. Each strip of RGB LED is driven by 3 2N7000 MOSFETs (one for each R/G/B line) connected to digital output pins of two cascading 74HCT595 shift registers. The cascading shift registers enable individual control of 9 (up to 16) MOSFETs using only 3 outputs pins from the TIVA. The logic levels of the '595 pins swing between 0.33V and 4.5V, which is sufficient to directly turn on and off the MOSFETs without the need of any pull up/down resistors or logic-level converters. 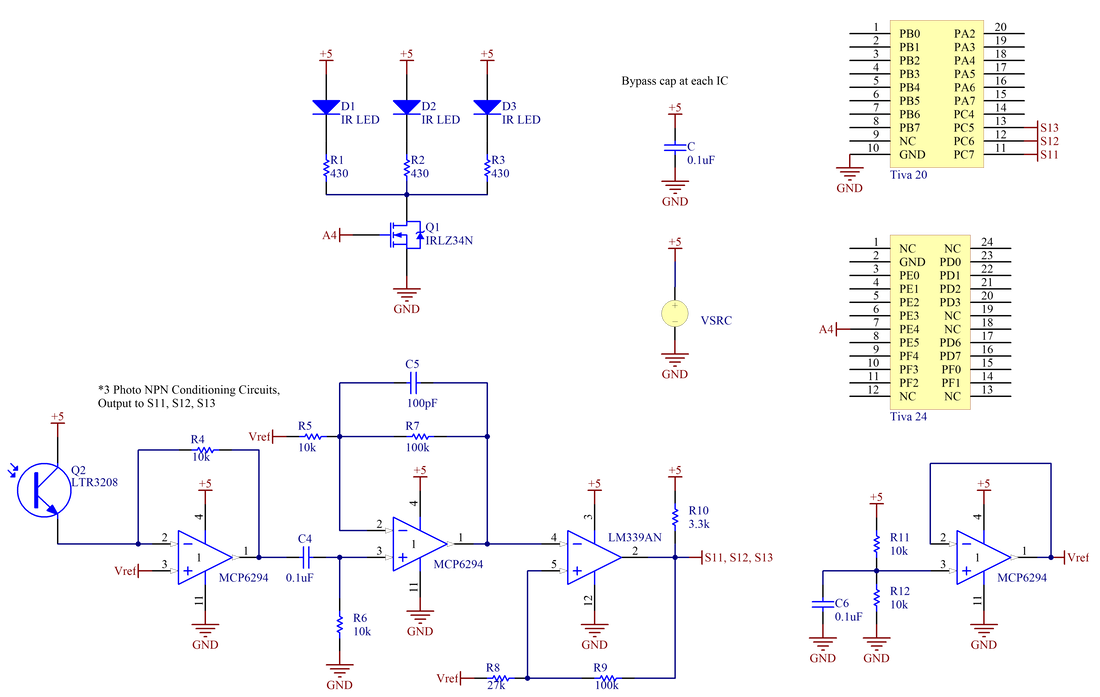 ​TATERs attack the alien by swiping their hands through IR beams placed in three locations of the arcade. Each location consists of a counter-aligned IR LED and IR phototransistor pair. The IR LEDs are all driven in the low-side configuration using a single IRLZ34N MOSFET connected directly to the TIVA. A PWM signal from the TIVA pulses the MOSFET, which in turn pulses the IR LEDs. The pulsating LEDs changes the expected phototransistor signal to be a set-frequency pulse rather than a constant voltage threshold, which at the right driving frequency (1kHz), is robust to DC bias and low-frequency ambient noise.

First Stage, Trans-resistive Amplification for Photo-Transistor Input:
An op-amp fixes the voltage across the phototransistors to ~2.5V by setting the non-inverting pin (Vref) to 2.5V. The amplifier output voltage is equivalent to the sourced phototransistor current multiplied by -R1 and offset by Vref.

​Second Stage, High-Pass Filter with DC bias:
A high-pass filter removes the DC bias and any low frequency noise from ambient light. The driving frequency is set to be much higher than the filter corner frequency and therefore negligibly impacted.

​Third Stage, Generalized Op-Amp Circuit with gain of 10
The high-pass filter stage output is amplified by another factor of 10 with a DC offset equal to Vref. The capacitor across the non-inverting terminal and output is used to filter out power fluctuations.

​Fourth Stage, Inverting Comparator with Hysteresis:
A comparator converts the amplified analog signal into a digital signal compatible with TIVA digital-in pins. Resistors are empirically tuned so that the comparator reacts to the pulsating IR LEDs without reacting to ambient noise. 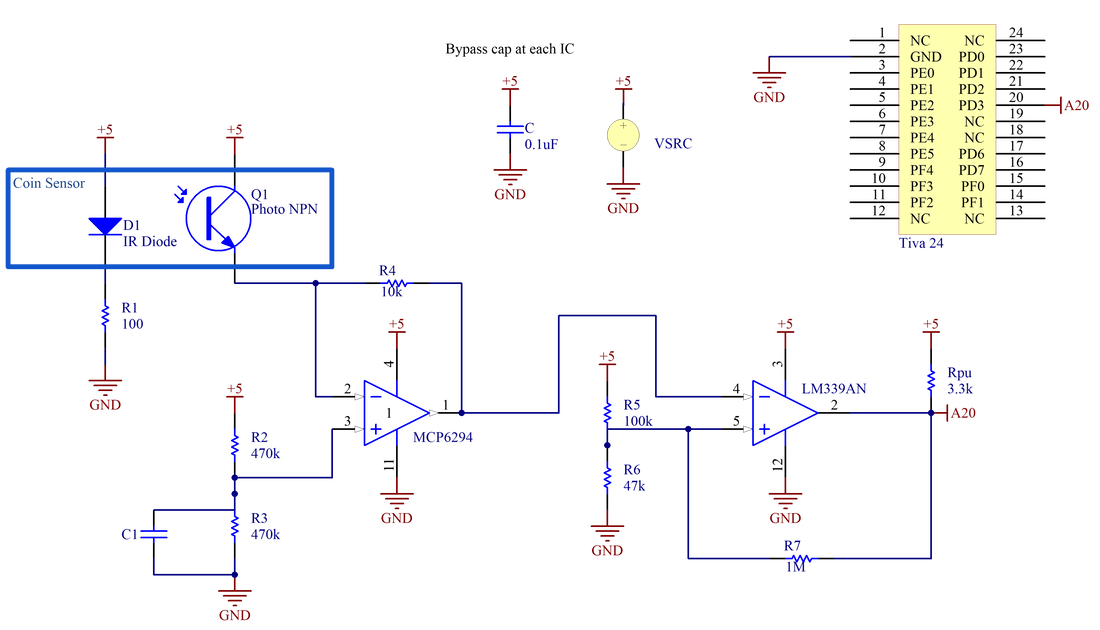 Each game begins with the TATER inserts a TOT into the arcade. TOT-sensing uses a pair of IR phototransistor and IR LED placed facing each other. Due to the close proximity of the sensors and its position away from any ambient noise, the output of the transresistive stage is directly fed to the comparator input.